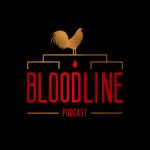 At the end of the 1600s, cockfighting was about as prevalent among the British as it could possibly be. It’d reached a saturation point in regards to exposure. Everyone knew what it was, and anyone who had an interest in the sport was free, nay encouraged, to pursue that interest.

What happened to the sport in the 1700s was a renaissance that saw the adoption of rules, standardized contests and professional sporting ranks. This modernization transformed cockfighting and gamefowl breeding practices into what we recognize today. It also was a forerunner to modern organized and professional sports and, alongside horse racing, was part of the earliest known sports journalism.

As a trailblazer in the field of selection and breeding, it had an immeasurable effect on the world of agriculture, specifically on the breeding practices of table poultry.

This episode explores the cocking renaissance that began in England and propagated  to the rest of the world. We’ll look at how gamefowl breeding and cockfighting evolved into their modern forms as well as the circumstances that led to this change.

From the episode, this is the complete version of the first-known English language cockfighting rules, which I call The First 19 Rules.

And a later version from the early 1800s, both originally published in the Annual Racing Calendar, which you can find at archive.org. My copies are from Sport in Olden Time, a book that is also available on the same website.