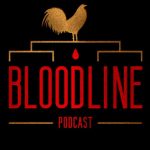 BLOODLINE
No. 5: Kings of the Cockpit

Today, we’ll be exploring the lives of some of the all-time-great cockers of England and the world up to that time, including Edward Smith-Stanley, The 12th Earl of Derby and some of his contemporaries, including William Tregonwell Frampton, William “Bill” Gilliver, Joe Gilliver and Paul Potter.

Previously on BLOODLINE, we’d discussed how the British began modernizing cocking just before the 18th century began, partly out of necessity, but also due to changes in the world around them. A generation or so later—in the late-1700s and early 1800s—men like Derby and his contemporaries lived in a golden age of cocking where the competition was dominated by tradesmen, some professional or full-time. The attraction of the cockpit had changed for many, from an opportunity to gamble, to a place to watch skilled contest and gamefowl.

Bibliography for all episodes.